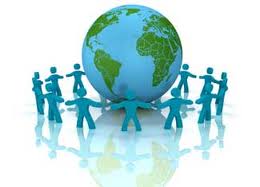 People and the Planet a report by the U.K.'s Royal Society, does not break any new ground, but it does a good job of putting some important and overlooked issues back on the international agenda.

Paul Nurse, president of the Royal Society, says in the foreword that the hope is for the report to be “a springboard for further discussion and action by national and international Governments, scientific bodies, non-governmental organizations, the media and many others.”

This is a clear overview of the impacts of human population and consumption on the planet – essentially that population needs to be stabilized, unsustainable consumption in the most developed countries must be reduced, and we must lift the 1.3 billion poorest people out of extreme poverty. In other words, initiatives the world should be undertaking anyway to improve lives.

The timing of the report is crucial. The 23 scientists who contributed to People and the Planet urgently recommend putting the population-consumption-environment link on the agenda for the upcoming United Nations Conference on Sustainable Development in Rio de Janeiro this June. This connection was recognized in the 1992 Rio Earth Summit, but has been pushed off the international agenda ever since. Now it is needed more than ever before; human population numbers are still growing and the environment is increasingly plundered for resources to satisfy consumer appetites.

So it is two steps forward, three steps back. The world had already agreed two decades ago on the urgency of curbing unsustainable consumption and stabilizing population. The 1992 Rio Declaration on Environment and Development, Principle 8, acknowledged that “To achieve sustainable development and a higher quality of life for all people, States should reduce and eliminate unsustainable patterns of production and consumption and promote appropriate demographic policies.” Agenda 21, the blueprint for sustainable development that also came out of Rio in 1992, stated “The growth of world population and production combined with unsustainable consumption patterns places increasingly severe stress on the life-supporting capacities of our planet.”

The Royal Society scientists simply and forthrightly state that “The relationship between population, consumption and the environment is not straightforward, as the natural environment and human socio-economic systems are complex in their own right.”

Writers with The Economist and Forbes, supporters of continuing economic growth, unsurprisingly ridiculed much of the report. Others have said we should not worry, human ingenuity will save us from the deleterious effects of our population and consumption. No doubt, human prowess and innovation/technology will solve some of the problems facing the world. Yet the reality is that we live on one planet with finite resources and shouldn't place all our bets on technology and the market. The report's authors conclude that “The combined effects of market forces and new technologies are not able to overcome planetary boundaries on the scale necessary to avoid unsustainable pressure on the planet and much human suffering.”

It comes down to supporting well-being for both people and the planet. Inclusive, holistic, grassroots, and democratic approaches are ways to improve lives, communities, and the ecosystem.

Others have echoed similar positions. Babatunde Osotimehin, executive director of the United Nations Population Fund, in support of the report, said that the solution required dramatic changes in behavior, as well as investment in sustainable resources, technologies and infrastructure. And, he emphasized, “It also required broad commitment to social justice and equity.”

Some of this has fallen off the international radar, but there's still time and fortunately the will to bring it back into the light.

In the words of Sir John Sulston, a Nobel Laureate and chair of the People and the Planet working group, "Humanity must now act collectively and constructively if we are to face the future with confidence."

Suzanne York is a Senior Writer with the Institute for Population Studies, www.howmany.org