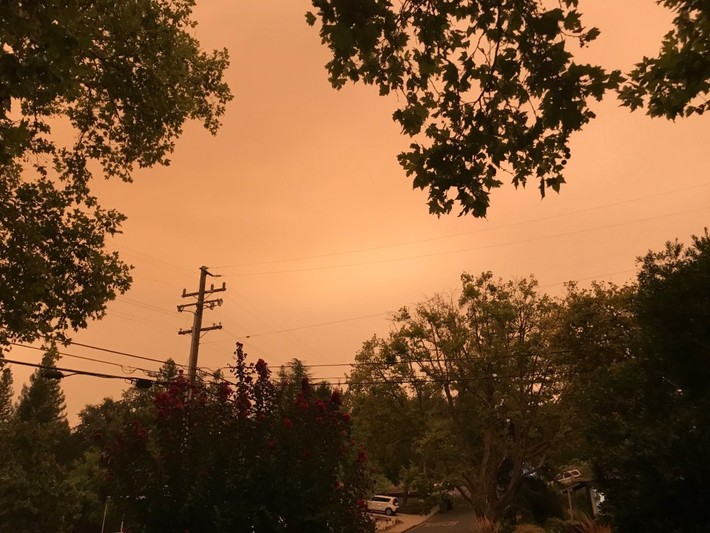 Scientists measure the effect of carbon emissions by their global warming potential (GWP). That is based on the amount of heat the gas can absorb in the atmosphere. In a sense, the higher the GWP, the higher the “R-value” of the atmosphere. In a building, a high R-value is good—it keeps the heat inside your house during the winter, and outside your house during the summer, saving you money on your energy bills and increasing your comfort. In the atmosphere, a high R-value is not so good, since it traps heat. It also increases the energy of the atmosphere, so that storms and flooding are more frequent and severe, and wildfires occur more often and for longer periods.

Thanks to the Department of Energy’s Tina Kaarsberg, PhD, for pointing out to me years ago the dynamic at work in Global Climate Change. The sun’s rays penetrate the atmosphere and heat up the planet. Normally much of the energy that doesn’t heat the ground or water, is reflected back to the sky. The layer of greenhouse gases traps the heat by decreasing dramatically the heat that is reflected out into space. It stays in the atmosphere.

Carbon dioxide is the most commonly known greenhouse gas. But methane gas—same as the natural gas we use in our buildings to heat and cook, in power plants to produce our electricity, and that comes out of both ends of cows—is a much worse offender. But there is good news buried in the detail. The long-term effect of greenhouse gases in the atmosphere is measured by GWP over 20 or 100 years. For example, the GWP of methane is about 34 times that of carbon dioxide over 100 years. But measured over 20 years, it is about 87 times as much.

Not really good news, but there is a very good silver lining in this dilemma. Methane gas stays in the atmosphere for about 12 years, while carbon dioxide can stay for hundreds of years. We are breathing in today the carbon dioxide that Napoleon breathed at Waterloo, or that Abraham Lincoln expelled during his Gettysburg Address. Methane gas lasts about as long as the cow who made it. That means that after 12 years the methane has disintegrated and become harmless. So if we drastically decrease the amount of methane leaking from pipelines, produced in buildings, and created in power plants, it’s effect on the climate occurs in a short 12 years. What we do to fight global climate change now matters to us, to our parents, our kids and their kids.

For more on the movement to go electric, here is a YouTube recording of a TEDx talk given by Sean Armstrong, an expert on building low-income housing that uses the latest and best technology and making market-rate houses that use as much energy over the course of a year as they create.