This article was written by Sustainable Leaders in Action interns Sarah, Stella and Alexi 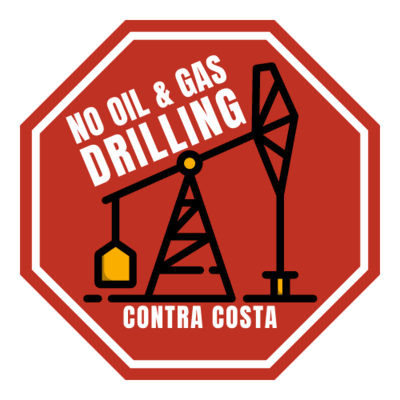 “You have 12 years to limit climate catastrophe.” Our biology teacher stood at the front of the class, pointing at the headline projected onto the whiteboard. “Boy am I glad to be old,” he chuckled. Baffled, we watched as he scratched his beard, leaned back in his chair, and started our mitosis lecture. That was four years ago. Now, our future is more uncertain than ever. In 2019, Contra Costa County and the State of California permitted the Deer Valley Road oil drilling project in unincorporated Antioch. A year later, the county received another application to drill only 900 feet from Brentwood homes. Our officials issued a negative declaration assuring us there would be no environmental impacts. Only after huge public outcry did the county agree to perform a full environmental impact report, which has yet to be released.

A 2021 Stanford study shows that living within 2.5 miles of oil and gas drilling sites increases the risk of adverse health effects such as preterm birth, asthma, and heart disease. The Deer Valley Road drill pad lies only half a mile from a Kaiser Hospital and Dozier Libbey Medical High School, so our families already face serious health hazards. In fact, a total of 15 schools, 18,000 homes, and 39,000 people in Antioch and Brentwood will be within the 2.5-mile danger zone of the active and proposed sites. East Contra Costa is already downwind from toxic emissions from four Contra Costa oil refineries and other polluting industries. Our asthma rates, which are higher than those of 80% of California, reflect this.

Fossil fuel extraction harms us by emitting toxic compounds and particulate matter. It also accelerates climate change by releasing greenhouses gases such as carbon dioxide and methane.  Since 1960, scientists have known that fossil fuels generate climate-wrecking greenhouse gases. The UN’s Intergovernmental Panel on Climate Change (IPCC) warns we must keep global warming below 1.5 degrees Celsius in order to preserve a livable planet. And yet, the world will likely hit this limit by the end of the decade. As a result, we’ll see an increase of the severe droughts that diminish crop yields, as well as famines and water wars. Rising seas will swallow our coasts, threaten critical infrastructure such as coastal highways and the San Francisco airport, and Californians will flee from wildfires in greater numbers each year.

We refuse to stand idly by, waiting to see how many more will suffer. This is why we’re joining others on Saturday, March 12th from 1 pm to 3 pm at the Antioch Community Center to demand that our planners and supervisors ban oil and gas oil and gas drilling in Contra Costa County. To shield our futures from climate change, we must transition from finite fossil fuels to abundant clean energy. Humanity’s actions have proven powerful enough to ruin the planet. We also have the power to save it.

Please join us on March 12th from 1-3 PM at the Antioch Community Center to fight for a complete ban on local drilling. Get more infornation and RSVP here.