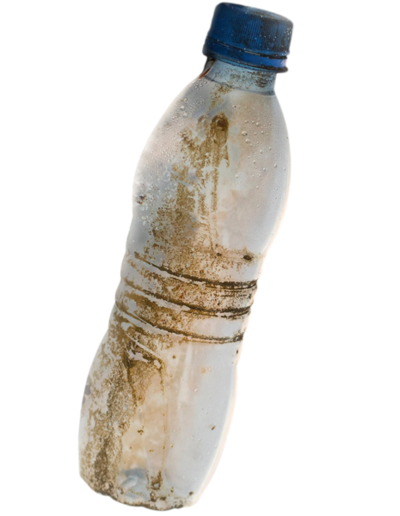 The Great Pacific Garbage Patch might as well be considered another Wonder of the World , what with its 1.6 million square kilometers of trash--twice the size of the state of Texas--swirling in the ocean with no signs of becoming any smaller. 1.8 trillion pieces of plastic are estimated to be floating in the patch, which is roughly equivalent to 250 pieces of garbage for every human in the world.  Thinking about this on a scale that is easier to grasp, plastic pollution would be far easier to disperse if it could be reduced just by the amount each person generated. The past decade of climate action and research has given us dozens of ways to become more responsible with our plastic use, and to choose more sustainable materials. While it certainly takes time to change the behavior of households across the globe, it’s not that simple.  We must acknowledge a major contributing factor to the 350 million metric tons of plastic being produced each year: the plastic created by corporate production.

Focusing on individual accountability for plastic waste is a good thing, but it leaves entirely unacknowledged the role of major plastic producers. For example, Coca-Cola was named, for the second time, the world’s largest polluter of plastics, followed by Nestle and Pepsi. According to Statista, Nestle dumps an estimated 95 metric tons of plastic into developing nations each year. 137 millions of tons of plastic is produced each year by Pepsi, and most of all, Coca-Cola produces and mismanages up to 200 million metric tons of plastic  annually. In fact, in 2019 Coca-Cola products in particular were  the majority of brands found in ocean plastic pick-ups. Corporate plastic production is clearly not managed, and if we really want to make a dent in that Mexico-sized island of trash in the Pacific, then that is a very impactful place to start.

Avoiding the worst offending brands and opting for non-plastic packaging are things most people can do, but taking action against plastic producers will mark a dramatic turning point in the struggle against plastic pollution. Targeting the most visible brands with government and legal action will not only reduce levels of plastic pollution but could also change the views on plastic use worldwide, especially if speaking out, gathering support, and controlling plastic use (or ending it) becomes a requirement rather than a suggestion.

It is a fairly tall order, but recent news shows that it is not that far off. Just this year, the Earth Island Institute received a favourable court ruling with their case against major polluter companies, including Coca-Cola, Crystal Geyser, Clorox, Pepsico, Nestle, Colgate-Palmolive, and more. A Federal court sent the case back to the California state court, which means the companies cannot act to derail or delay the case. This case moves us closer to a world in which these companies are held accountable for pollution of waterways and dumping trash into developing countries, and it shows that it is completely possible to take action against the source of the pollution, not just the end products. Holding companies accountable is essential to reducing plastic, and more and more efforts to make that happen are succeeding. One direct way we can join this effort right now is to support the Break Free From Plastic Pollution Act of 2021. The groups behind this campaign are much like those mentioned above, opting for a direct solution to mass pollution by the plastic industry.

There are two types of solutions in the world--those that try to halt the effects of the problem, and those that stop the cause entirely. When we picture plastic pollution, it usually brings up images of cans and bottles strewn about on a beach. We can keep picking up those bottles and throwing them in the green bin--or we take the necessary steps to stop seeing them on the beach at all.

To learn more about the Break Free from Plastic Pollution Act of 2021, click here.